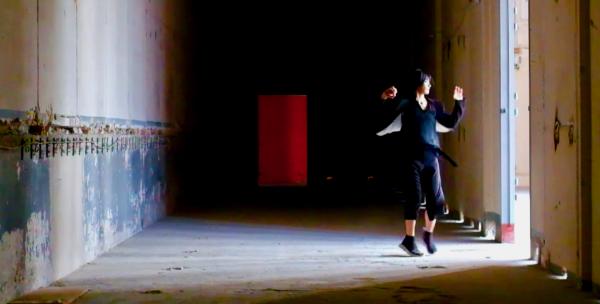 THE WORLD IS UPSIDE DOWN
The normal trust in truth and values suddenly seems disposable and security feels more like an illusion rather than a constant we rely on. Surreal concepts suddenly become an option, the unthinkable is just a Pindrop away.

The re-imagination of the fourteen songs of Schubert's last song cycle “SCHWANENGESANG” offers infinite possibilities to interpret the past, present and future. A selection of outstanding artists, who are given licence to produce response pieces invite for the creation of a kaleidoscope effect of music, dance and spoken word.

Pindrop is a brand new events company, created in response to the current uncertain period. Its founder and multifaceted artist and freelance producer Andrew Dickinson has curated artistic events with a social conscience across Europe, ‘Schwanengesang’ launches pindrop into the Berlin arts scene.

Founder of pindrop Andrew Dickinson; “Change in the arts has been necessary for some time. The current uncertain future drives the need to re-imagine the arts in order to not only return after the crisis but to seek out new horizons and in doing so, becoming more resilient. Pindrop is looking to build new structures, rather than rebuild old ones, and this project is the first of a series of challenging concepts.”

United We Stream has a broad range of audiences worldwide through different, cross-genre cultural formats, from changing cultural locations. The platform was launched on March 18th and has since then attracted over 40 million visitors. Within the digital space, music lovers find low-threshold access to an inclusive variation of cultural programs. Over 1800 artists in 363 locations from 74 cities have already taken part in streaming and collected donations of around 1.5 million euros. This participatory involvement creates a new dimension of cultural events during the Corona crisis and beyond.

Baytna Baytak is a social initiative launched by young, dynamic, Lebanese individuals. In the wake of the Beirut blast, Baytna Baytak are rebuilding houses and relocating people who have lost their homes. They have helped hundreds of families, but there are estimated as many as 300,000 people who have been left homeless, with the cost of damages up to €4 Billion. Baytna Baytak is providing vital infrastructure support in this time of crisis.