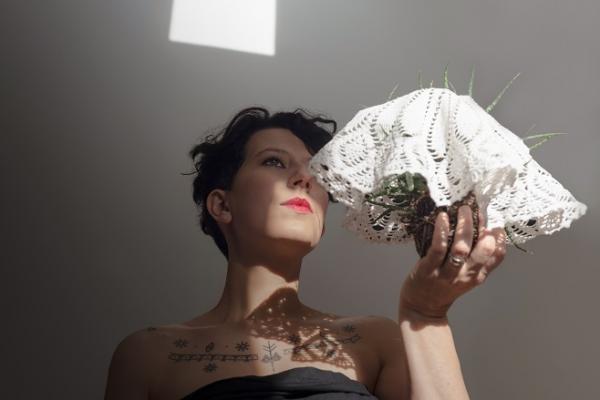 Throughout their artistic career, the award-winning Swiss filmmakers Maria Iorio & Raphaël Cuomo have been dealing with migration issues, both in the Mediterranean region and in Central Europe, in particular Italy, Germany and Switzerland. Her current film, Undead Voices instead, which will be shown at the festival for the first time, deals with feminist protest songs from the 1970s in Italy, and their disappearance or decay in the national archives. The two artists use Super8 original film fragments and approach the archive not as a scientific source but as a subject. Undead Voices addresses the role archives play in dealing with the past, the hierarchization of content and therefore the subjectivity of history. This project questions the marginalization and loss of part of the material memory of the social protest movements of the 1970s in Italy. The video production invents a form that combines different registers and generations of sound and images, whereby music (DJ Fred Hystère), narration and singing (Alessandra Eramo) are closely linked, but the hierarchy between semantics and singing is broken. An artist talk with Maria Iorio, Raphaël Cuomo and Alessandra Eramo follows the film. Moderated by Dr. Cornelia Lund (fluctuating images, Berlin)

For Blind Score Postcards, an audiovisual premiere of compositions and their graphic notation, international artists from the Corvo Records sphere are commissioned to create a graphic notation. These scores are then sent to another artist, who is given the task of interpreting them musically. Eight compositions and their interpretations will be shown at the timeless 10 - Corvo Festival. It will be the first time for those involved to hear their own postcard translated into sound. "Blind Score Postcards" commissions:

Alessandra Eramo: Tanz Sediment. The vocal work commissioned by Deutschlandfunk Kultur in 2019 focuses on tarantism healing rituals and the female voice. Tarantism is a performative healing ritual, practiced in Puglia in southern Italy until the 1960s to heal the bite of the Tarantula spider, rooted in popular belief as a cause of psycho-physical abnormalities, especially hysteria in women, by means of music and dance. On the festival the performative version (solo voice, electronics, field recordings) of the radio piece will be presented.