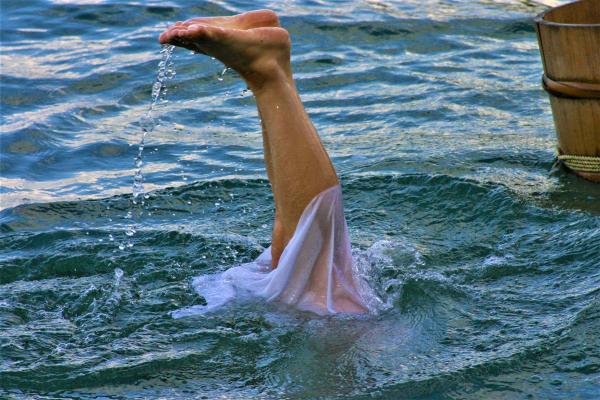 AMA is the Japanese term for apnea shell divers who have mastered the 3,000 year old art of shellfish harvesting in Japan. In their work they combine tradition and modernity - regional identity and globalisation - coastal protection and nature conservation. The team of Euro-Asian performers in the new choreography by Yoriko Maeno creates a lyrical-political panorama of urgent intensity. The dance brings the element of water and the joy of life of the AMA to the stage. The physical expression is influenced by Japanese Butoh and contemporary dance. The movement arises from the inner perception. The stage design is clearly structured according to the aesthetic philosophy of Wabisabi. Additionally, film projections become moving parts of the choreography. The music comes live from sound stones, synthesizers, violin and koto. Each instrument brings its timbre from a different musical culture, creating a completely new sound.