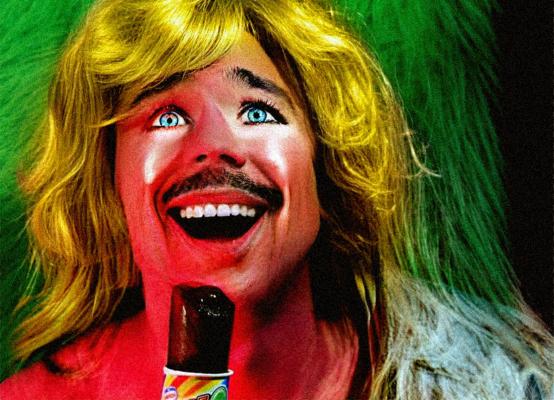 After nearly three thousand years of travel, Odysseus’ journey comes to an end at an old Berlin film palace - as a movie star in the new Odyssey blockbuster. The triumphant return of the ancient hero, however, takes a turn for the unexpected. And so, the multimedia music theatre spectacle with fifteen singers and musicians, becomes an apocalyptic odyssey through the former Delphi cinema and dives behind the scenes of this heroic epic.

Based on Homer's “Odyssey”, James Joyce's “Ulysses” as well as original texts, composed by Evan Gardner and staged by Michael Höppner, the artist collective Opera Lab Berlin embarks on an adventurous journey through cinematic, theatrical and musical worlds. The movie theatre becomes a magic box in which the ghosts of the past confront us from the future.

Odysseus meets his “widow” Penelope, a single mother who has almost forgotten him, and his disoriented, half-orphaned son Telemachus, who eagerly awaits him. But the world is out of joint. Instead of a happy family reunion, the war hero is put on trial. Under the judgement of Penelope, he is blamed for the crimes of the patriarchal order and punished as a representative of stereotypical
masculinity by the sirens, Calypso, Circe and Nausikaa. Telemachus does not play along, though. The angry young man seeks his place in a crisis-ridden time and only finds answer in the blind glorification of paternal heroism and the attempt to violently restore the “good old order” of people, nation and family. Contradicting ideologies collide in “ODYSSEY: Dead Men Die”