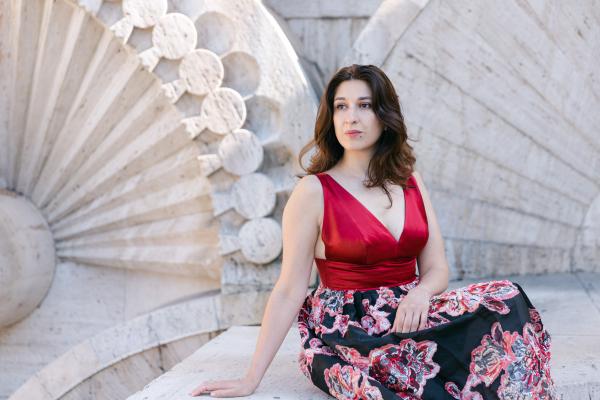 TRIBUT is a tribute, an homage, an expression of gratitude: already planned before the pandemic and postponed several times, this concert can be considered a belated birthday concert for Sofia Gubaidulina (90 years!) as well as Arvo Pärt (85!), whose music sounds as fresh and current as ever, and in its so different characteristics and clear personality touches and inspires with a timeless and human statement.
Together with the Armenian pianist Karine Gilanyan, Eroica Berlin pays tribute to these two giants in a special way: two composers of the younger generation were commissioned to write today's response compositions, which will now be premiered. Olga Rayeva and Sven Daigger present their personal sound languages in forms and instrumentations that invite us to draw parallels, discover contrasts and enjoy the most diverse facets of contemporary music.

---
Eroica Berlin is a young Berlin chamber orchestra founded in 2015 by Jakob Lehmann. The unfiltered transmission of emotions as well as the incorporation of the insights of historical performance practice unite the ensemble, as does the conviction that in today's event and performance culture, despite everything, the music itself and its content must remain the focus. Eroica Berlin performs on Europe's leading stages, collaborates with renowned soloists, and was accepted into Neustart Kultur's ensemble sponsorship program in 2022.