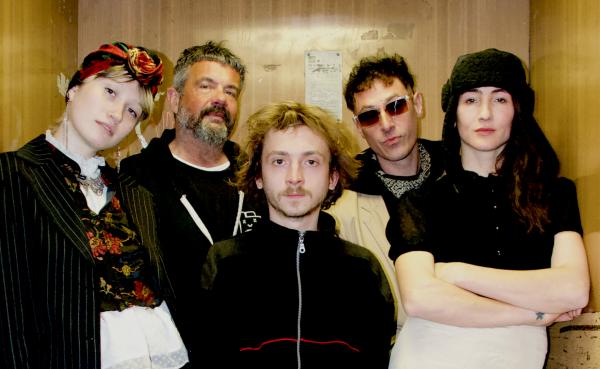 „In time, technology remakes time itself, removing it from natural rhythms to an abstract universal.“ (Esther Leslie)

Experimental sound, text and image arrangement on the traces of the industrial revolutions, their dazzling innovations and effects on people's lives, nature and ultimately on art.

"New Ground Performance" investigates the phenomenon of industrial capitalism, focusing not only on the sensual-intellectual musical experience, but also on the process of information transfer in the dialogue between art and society.

The ensemble "New Ground Performance" was created on the initiative of visual artist and musician Frank Campoi in the digital exchange of sound tracks in early 2020. Without any concrete coordination, further recordings of musicians flow into an experimental sound arrangement in the following two years; a dynamic composition whose elaboration allowed for a great deal of unexpectedness, not only because of the physical distance in the "lockdown phases". In an interactive process, 52 sound tracks are created during this time, which are used as samplers for the live performance.