The starry fairy tale for big and small people 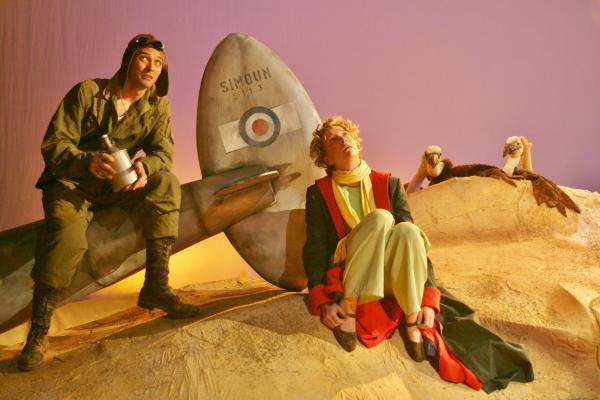 The starry fairy tale for big and small people

The successful Berlin stage version of Antoine de Saint-Exupéry's classic comes back! Over 250,000 spectators have already seen the production by DREHBÜHNE BERLIN. Now the Little Prince lands on the stage of the Theater im Delphi. An unforgettable theater experience - for big and small people (from 8 years).

After the themes of loneliness and transience have played a very special role for all of us in recent months, the Little Prince's search for true friendship and for the essentials that are invisible to the eyes takes on a whole new, encouraging meaning.

In this poetic production, the Little Prince encounters the starry dwellers on the screen from the stage in a mixture of acting, puppetry with fascinating full-body puppets, live music and film, making them close and yet unreachably distant. For these roles, well-known film and theater actors could be won, who can be experienced in film interludes as the various planet inhabitants. Thus the spectators can experience once again the great film and theater actor Bruno Ganz in the role of the geographer, as well as Horst Krause as a drunkard, Florian Lukas as a lantern lighter, Dieter Mann as a businessman, Michael Mendl as a king and Armin Rohde as a vain man.

-----------
Drehbühne Berlin
In 2004, directors and actors Nanda Ben Chaabane and Lorenz Christian Köhler founded the independent theater company Drehbühne Berlin. Already with their debut production "The Little Prince" the theater makers found their very own stage language, which they have perfected ever since - a mixture of acting, puppet theater, film elements and live music, among other things. In addition to co-productions with Berlin's Schlosspark Theater, Drehbühne was invited to the Ruhr Festival with its theater safari "The Jungle Book," among others. On the occasion of the 30th anniversary of German Unity, the interactive theater project "mauerland-borderland" premiered at the former border crossing Marienborn. 2021 saw the creation of "Der neue Pinocchio," based on the text by Christine Nöstlinger and the illustrations by Spanish surrealist Antonio Saura.

Funded by the Federal Government Commissioner for Culture and the Media. Presented by radioeins and tip Berlin.