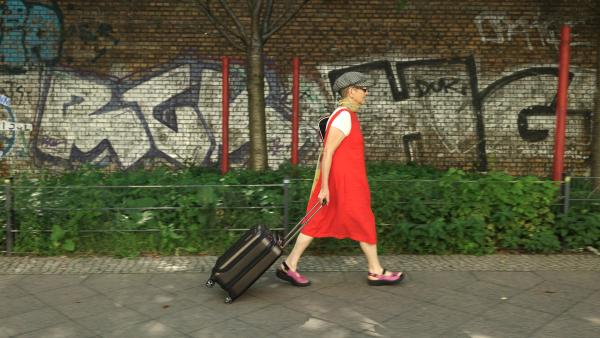 A poetic documentary short film about family, identity and the return from Australia to Germany. Film premiere with live music followed by a conversation with Australian-Jewish director Ella Dreyfus. Welcome drink and snacks included. Analog and live stream.

Australian-Jewish artist Ella Dreyfus tells the story of three artists in her family, and their different ways of returning to Germany. The short documentary is a poetic film that follows Ella’s search for her own history and attempts to trace her late father's life. The film’s premiere is accompanied by a musical programme, featuring original compositions by one of the film’s protagonists, playing selections of his musical score. The event will be streamed live and will be available as video on demand for three days until Monday 1st November.